Snack Like a Southerner: Red, White and Blue Chex Mix 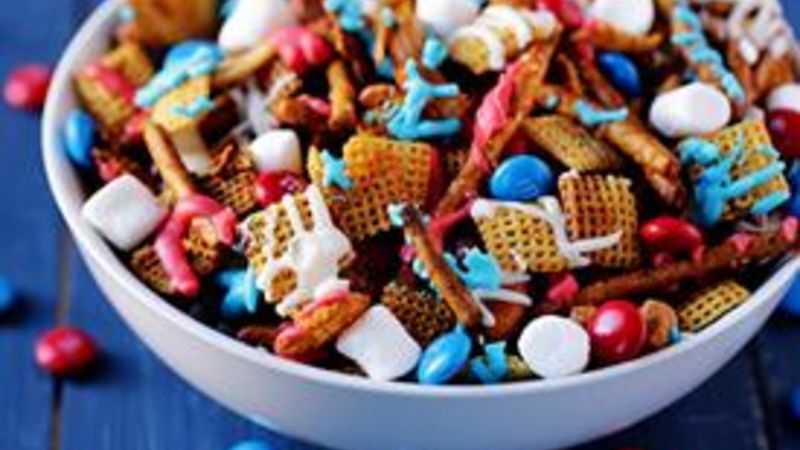 Step One:
"In large microwavable bowl, microwave butter uncovered on High about 30 seconds or until melted."

Step Two:
"Stir in seasonings. Gradually stir in cereal and pretzels until coated."

Step Three:
"Microwave uncovered on High 4 to 5 minutes, thoroughly stirring every 2 minutes. Spread on paper towels to cool, about 15 minutes."

Step Four:
"Stir in mini marshmallows and chocolate candies, and toss to combine."

Step Five:
"Divide the prepared Chex Mix™ into three even portions, and spread each portion in an even layer on a foil-lined plate or baking tray."

Step Seven:
"Drizzle each portion of Chex Mix™ with one color of chocolate. Then let cool for at least 15 minutes, or until the chocolate returns to room temperature."

Step Eight:
"When it's ready, toss together the three colors of Chex Mix™ until combined, and serve." Have a Happy 4th of July!